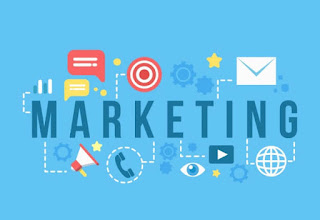 Marketing Science or Marketing science is a dynamic science, because marketing science can change in accordance with the trend of changing times. As it is now in the digital era all the science of the Association is always associated with the internet world.

History theory and marketing concepts always follow the changing social and economic structures of society. The emergence of new ideas that enrich marketing science continues to evolve as the great revolution of human civilization. There may still be many who do not know that modern business civilization has evolved since the Industrial Revolution of the year 1900. This revolution completely changed the structure and behaviour of the people at that time. The formerly Mercantilist (trade) business was then transformed into a capitalist.

The power of capital is used to build factories and corporate organizations, produce goods and trade them. In this process arise new views on how the market behavior occurs and how an institution conducts operational activities to meet the needs of the market. These things are then behind the emergence of the science of business management practices, including marketing.

It can be, marketing science when it is the answer to various questions that can not be accommodated by the economics that have developed first. Marketing was initially nothing more than a modest business activity. Economists also put it as one form of economic activity.

However, a more sociological approach then demonstrates the development of the institution (institution) called the “market ” in the economic language. Sociological approaches see the market institutions can be seen as social institutions versus the economy. That is, in the market is not only the place of supply and demand. The Market is where sellers and buyers are themed. Market is a social system where the needs of each party will be certain materials will meet.

At that time, consumption was considered the end of production activities in the economic world. Whereas consumption behavior itself is actually a science that can be explored deeper. This is the case with the term  “value “. The economics of putting value relates to the addition of inputs from production factors. But in the business world, value also includes something intangible like service.

Marketing Science According to experts

Actually, although not yet included in the marketing disciplines, the thought of the World of Advertising (advertising) has been first. The book History of Advertising has emerged in the year 1875. Similarly, selling has preceded the development of marketing science itself. Selling was originally merely an art of selling, but it was then used as a formula to learn and analyze.

Initially the marketing approach indeed concerns three elements: advertising, selling and distribution. However, many thoughts then add elements in marketing. Like Ralph Butler and Arch Shaw, these two members added other elements of marketing, namely: commodities, institutions, and functional. That means marketing concerns about products, marketing organizations and also processes and activities. For distribution elements, there is also a new thinking called retailing since the year 1914.

Nystrom at that time wrote retail literature not only from the side of the distribution process, but also retail management. With many additional new elements in marketing, marketing science then goes into the integration stage. At this stage the thinkers and scientists try to incorporate a variety of sciences, literature and a standalone element into an integrated concept. The book’s Principles of Marketing first appeared in the hands of Paul Ivey in the 1920 ‘s. This book combines all the theories and thoughts that thrive in the Marketing world. However, the more exciting ones were the books of the Principles of Marketing by Maynard, Weidler and Beckman. Unlike Ivey, which focuses on the entrepreneurs ‘ side, the book focuses more on the consumer standpoint.

The marketing theory has not yet ended by the emergence of the books. In the next decade, there are various elements that enrich marketing. Psychological and social sciences began to enter. Similarly, the concept of new segmentation comes later after emerging concepts such as marketing Mix (4P).

The elements in the marketing themselves develop. For example, the science of advertising progressively expanded with the inclusion of new media such as television which began to be popular in the years 1960-an. In the 1960 ‘s and 1970-an marketing science precisely broke itself into various differentiation (specificity) such as international marketing, social marketing, marketing for non-profit organization and others. The social responsibility concept is also one of the concepts that have begun to form in 1970.

The role of Kotler. Kotler’s success as “the father of marketing ” started in the 1970 ‘s period. The role of Kotler in marketing is the ability to translate marketing concepts to terminology that many people understand. Kotler that converts marketing concept to certain forms of application such as marketing for health service, public service, educational service, politics, and others. In 1967, for example, Kotler has introduced a modern marketing management concept that includes marketing opportunities analysis, organizing marketing activities, marketing and control planning activities. Kotler’s books inspire many teachers and practitioners in the worldwide marketing world.

In fact, no marketing lectures are not separated from Kotler’s works. Kotler’s Principles of Marketing and Marketing Management book forms the fundamental and fundamental ideas affecting other new ideas in the Marketing world.

In the decade of 1980, new thinking in marketing as a positioning popularized by Jack Trout and Al Ries as well as brand equity popularized by David Aaker strengthened. The Era of business advances in many countries in the decade created increasingly stringent business competitions. Therefore, the role of a brand and an attempt to self-identify also surface. The Decade of 1980 and 1990 ‘s were decades of strengthening the service elements and customer satisfaction in marketing. Concepts such as Servqual, Service profit chain and also marketing services began to emerge.

New Wave when the world enters the wave of the next revolution, the information technology revolution, the new marketing thought emerged following the wave of the revolution. One of the concepts of experiential marketing. With the presence of information technology, Internet and multimedia make experiential marketing more able to thrive. Similarly in the service world, IT role makes the concept of CRM (Customer Relationship Management) also develops.

Not to mention new jargon like buzz marketing, viral marketing and others. Of course, along with this revolution, marketing should also change in the way the competition looks. Alliances and co-branding are a way of looking at new competitions, where cooperation with all parties, including competitors can be the key to victory. It’s also the “Blue Ocean” concept that urges marketers to create new competitions rather than compete in increasingly crowded markets.

The new revolution also affected the development of advertising media. Growing and complex media to promote make marketers increasingly cautious invest their funds. Therefore, new thoughts stir up. People marketing to calculate return on investment from the marketing activities it does. Marketing is faced with the fact that their activities must be able to be explained by financial languages. Marketing ROI, CLV (Customer Lifetime Value), and others are the thoughts that then begin to emerge.

From the various thoughts of marketing thought we can conclude that the thinking of marketing, inevitably, must continue to change and evolve according to the structural changes that occur in the socio-economic order of society, the form and the level of Existing competitions and technological developments. After the industrial and IT revolutions, the world is predicted to go into a biotechnology revolution.