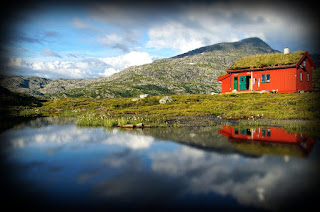 Some articles I have taken from the writings of Anne Ahira. The supernatural nature that we often call as nature that is beyond the reach of human senses or invisible nature is always associated with the natural Genie or natural spirit. Many also have a paranormal claim that he can relate to that supernatural realm.

The story about the existence of supernatural nature always attracts anyone. The fear of a fairly high curiosity about the supernatural phenomena seems to be the only reason why many humans are interested in researching the existence of the supernatural and Penghuni-penghuninya.
Curiosity and want to know man against the existence of the invisible nature is no longer a secret. Illogical efforts have even been carried out often. Dunno, all aim only to witness or see the unseen realms in closer. Regardless of the circumstances, the supernatural nature and human nature cannot be united. The two worlds are certainly different. The residents of both worlds should also not disturb each other. The harmony of the two realms is maintained.
Ever witnessed the news of a mass gloom? It is reliable that it is one form of relationship between two unharmonious nature. The real nature with all its power, unconsciously has been considered disturbing the occult existence of nature. In the religion of Islam, believing in the unseen realm is not surprising. As long as humans do not have the supernatural nature with God. The supernatural realm can also be used as a learning tool to draw closer to Allah SWT.
Actually. If we see the concept of Islam on the definition of supernatural nature written in the Qur’an Jin letter verses 26-27.
“(He is God) who knows the unseen, so he does not show anyone about the unseen. Except for his apostle of the walls, then indeed he did hold the Guards (angels) in the face and behind them. “
The verse above emphatically says that the real unseen nature will not be shown to anyone except the apostle who is his own. Well, the last apostle was the Prophet Muhammad saw. What is the paranormal that includes the apostles who are God Almighty. You can interpret it yourself.

Occult Nature – What about the appearance of Jin?

Many people say that they can see the genie. Yes. If the genie can be seen by some people who have sensitive senses, I agree. However, if Jin is said to be supernatural creatures, I disagree because Jin can be seen and perceived. While the name of the creature from the unseen realm is not to be seen and perceived.
Speaking of Jin’s problems, they are not supernatural creatures because they are created from fire whereas humans are created from the ground, both substances that we can see with the naked eye. Then what is the fire that can be said? The answer is no.
Fire is something tangible that we can see and feel. So does the Genie. Jin is not something of a creature that comes from the unseen realm but the genie is real and there is. Like fire, they are there and we can feel but we can not touch. Fire was there. But we can not touch. Likewise with Jinn, they exist but we can not touch. Fire may be controlled with other media. As well as we hold a torch. We can hold the wood that becomes the fire medium to ignite. But we can not touch the fire.
Well, Jin is the same. We control the genie and can also capture the genie of course with the media related to the Zatnya. For example a genie could put in a bottle or a genie buried into the ring, Kris and other heirloom it could be. Just like a fire that can commune with any medium.

Occult Nature – Why isn’t Jin visible, while the fire is visible?

The explanation is why the Genie does not enter the category of supernatural creatures you can see. Here’s the explanation, there are a few things in this world that our senses cannot reach them. Even though it is something real. Examples of radio sound frequencies that have vibrations of up to hundreds mega hertz. We can not listen to such waves because our ears are only capable of capturing sound between 20 Hz to 20 kHz. Can we call radio waves as part of the unseen realm? Another example is the infrared rays in the remote control, which can move the television program remotely, can we call it a part of the unseen realm because we can not see the rays?
Bats can produce ultrasonic sound waves above 20 kHz. However, our ears were not able to capture the sound waves. Crickets can emit an intrasonic sound with a frequency smaller or equal to 20 Hz, in which some of the sounds can be heard by the human ear and some cannot be heard by the human ear.
In physics theory we know that the smallest unit of an object’s core is an atom. Atoms consist of atomic and electron core units. The atomic nucleus is further subdivided into positively charged protons and neutrally charged neutrons while the negatively charged electrons. Electrons spin around the atom at 300 million metres per second. Surely we can not see the rotation. We just see the thing still. The explanation of the theory of physics is certainly not to be confused with other supernatural rituals.

So there is indeed no dead object in this world. They have rotating movements such as the Yin and Yang circles in the philosophy of Taoism. Just as our Earth continues to move, but we do not feel that movement at all. Likewise with Jin, who according to some people belong to the category of creatures of the unseen realm. They are the creatures that move in the region, perhaps faster than the human senses or slower. For example, as the movement of plants is increasing every second if we can see the naked eye if the tree is always growing high, certainly not because the movement is very slow. Or maybe Jin was at the level of light speed, what can anyone see the wave speed of light?
Never mind the speed of bullets and the human eye is unable to arrest him. Well that’s the natural genie in our sensory abilities, yet they are real and really there. Based on the explanation of physics theory, Jin is not a creature of supernatural nature.
There are some animals that are often sharper so that the hearing and vision can feel something outside the human senses. Like a dog, maybe they can see the genie, just that they don’t tell if they can see it.
Thus, the definition of supernatural or supernatural is only God’s. He knows more about it. Like the natural spirit, Barzah nature, natural hisab, natural afterlife. Heaven and Hell. Only he who knows and nobody is given the knowledge of the nature of the unseen except the people who are God Ridhai.
Walahu Alam bisawab…
0
Share