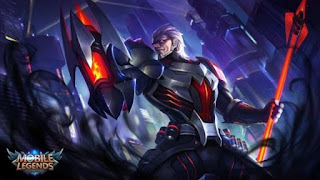 Moskov’s basic attack can penetrate the targets and deal damage to enemies behind them. Hitting enemies successfully will reduce the cooldown of Abyss Walker and Spear of Death.

Moskov uses the power of shadow to teleport to the specified position, enhancing attack’s penetration ability and increasing attack speed.

Moskov throws out the Spear of Destruction after powering up shortly, dealing physical damage to enemies along a straight line. For each enemy it hits, it will provide a buff of increasing attack power to Moskov which can stack up.