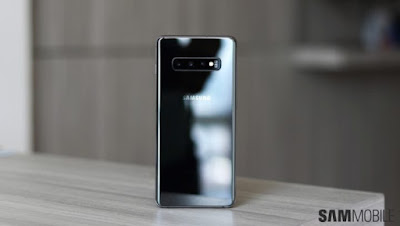 Samsung has codenamed the Galaxy S11‘Picasso’, according to Twitter leakster Ice universe. Picasso was an artist of many talents, including painting and poetry, but exactly why his name has been chosen to define the Galaxy S11 as Samsung begins development is unclear. Perhaps the Galaxy S11 will be a work of art as far as the design is concerned, but with Samsung usually following a two-year cycle for major design upgrades, it’s not expected that the Galaxy S11 will look much different from its predecessor.
Related Posts

That said, with the competition breathing down Samsung’s neck, the Korean giant might have to start introducing radical upgrades much faster than it does at the moment. We probably won’t see features like an under-display camera on the Galaxy S11, as Samsung has said that technology won’t be ready in the next year or two, but something like the keyless design the company is reportedly mulling for the Galaxy Note 10 would be a good start. In our opinion, Samsung needs to impress everyone with the Galaxy S11 cameras, but having a couple of other noteworthy features wouldn’t go amiss.
It’s worth mentioning that the Galaxy Note 10 is reportedly codenamed ‘Da Vinci’, so it’s not necessary that we would have to wait for the Galaxy S11 to see something revolutionary. Just what that revolutionary stuff will be and whether it will make an appearance later this or year or in early 2020 remains to be seen.
Why do you think Samsung may have picked Picasso as the codename for the Galaxy S11?
0
Share