10 Most Human-Killed Natural Disasters in the World

Since thousands of years ago, repeated natural disasters have wiped out some of the earth’s human population. In addition, natural disasters also have an impact in the economic, social and environmental fields. One of the deadliest natural disasters in the world is an earthquake because over the last 5 centuries, earthquakes have caused more than 5 million people to die from it.

The eruption of Minoans on Crete Island, the Tambora Eruption on Sumbawa Island or the Haiti earthquake in 2010 were among the deadliest natural disasters in the history of the world.

Here are 10 of the deadliest natural disasters in the history of the world. 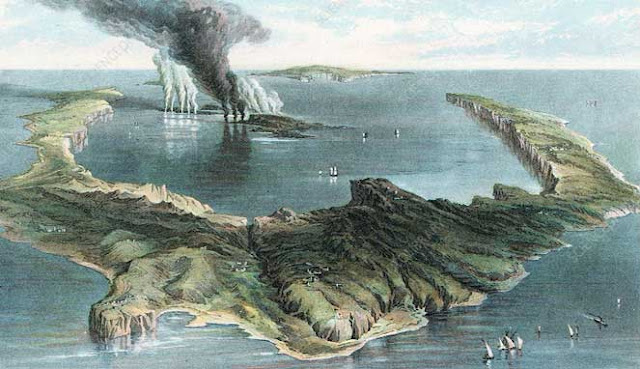 The Minoan eruption in Thera or Thera eruption is one of the deadliest natural disasters in the history of the world in the form of minoan volcanic eruptions that occurred during the second millennium BC or 1500 BC. This Minoan eruption caused the destruction of Thera Island including the destruction of the Minoan and Akrotiri civilizations on Crete Island.
2. Aleppo earthquake, 1138 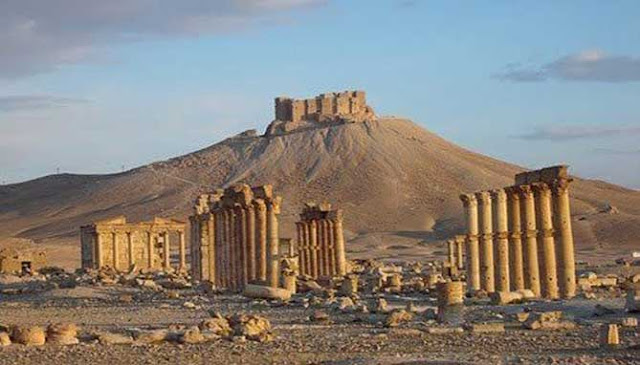 The Aleppo earthquake was one of the deadliest natural disasters in the history of the world that occurred in the Northern City of Aleppo on October 11, 1138. The Aleppo earthquake is often attributed as the third deadliest earthquake in the history of the world by various sources.
The city of Aleppo lies between the north and the geological system of the Dead Sea Tranformation which is the boundary of the plate separating the Arabian plate from the African plate. The Aleppo quake was the start of two series of powerful earthquakes in the region that killed about 230,000 people.
3. The Black Death – 1334 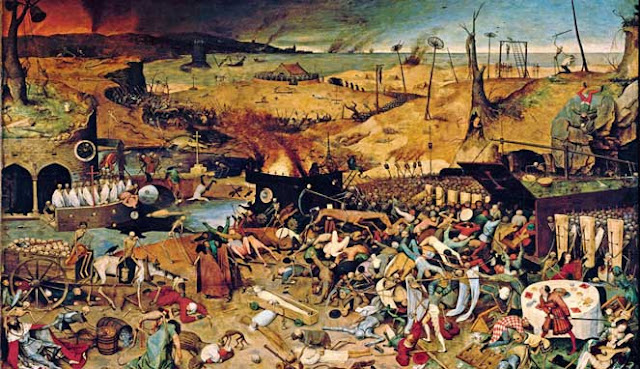 The Black Death was the deadliest pandemic in the history of the world that struck continental Europe in 1334 killing about a third of the population in Europe.
The Black Death caused a very dratis decline for the human population in Europe and could change the social structure in Europe. The outbreak resulted in the hunt and murder of minorities such as Jews, beggars, migrants and leper sufferers. The uncertainty of staying alive creates an unhealthy tendency in society to live only in this area. 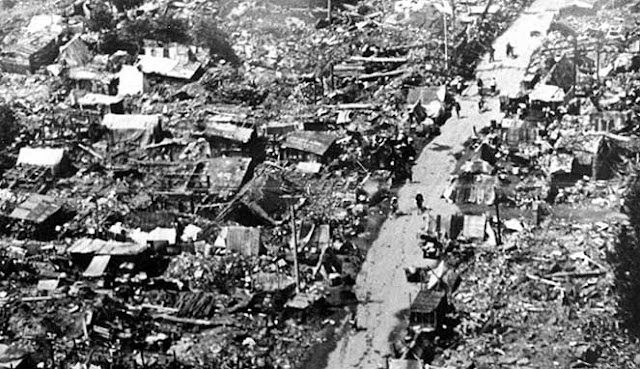 The Shaanxi earthquake of 1556 in China was one of the deadliest natural disasters in the history of the world, killing more than 830,000 people. The devastating earthquake, which occurred on February 14, 1556, struck more than 97 97 districts in Shaanxi Province, Henan, Gansu, Hebel. Shandong, Hubai, Hunan, Jiangshu and Anhui with most of the province’s 60% of the human population died as a result of many people living in artificial caves on the cliffs of Yaodong region collapsed during the earthquake and left many people overlapping to the ground and dying instantly. 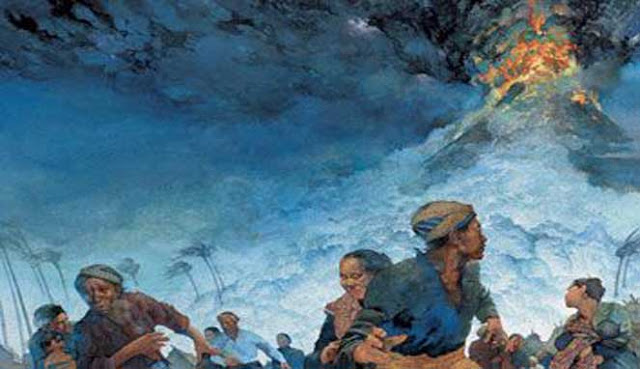 The eruption of Mount Tambora is one of the most powerful volcanic eruptions in the world. The mountain, located on Sumbawa Island, Indonesia, erupted violently on April 10, 1815. The thick smoke caused by its eruption could bring down global temperatures with some experts believing that this led to global cooling and crop failures around the world the following year.
In addition, all the vegetation on Sumbawa Island fell mixed with aabu batu adrift into the sea and formed a raft with a cross distance exceeding 5 km. In addition, a massive tsunami as high as 5 meters hit the beaches of several other islands in Indonesia.
According to Zollinger sources (1855) 10,000 people died from pyroclastic flow, 38,000 people died on Sumbawa Island due to starvation and 10,000 others died on Lombok Island due to disease and starvation.
6. Yangtze River Flood – 1887 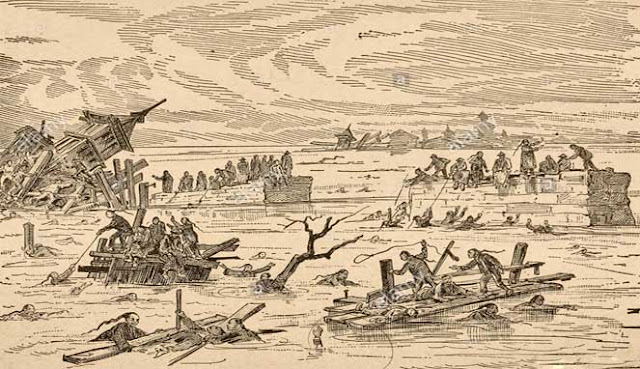 The Yangtze River flood is one of the deadliest natural disasters in the world. The estimated number of people killed in this disaster is about one or two million people caused by drowning, disease, hunger and also drought.
The disaster that occurred on September 28, 1887 began with heavy rains that occurred around the river in Bnayan Har Mountains. The massive rainfall caused river volumes to rise by up to 23 meters, resulting in higher Yangtze River water and overflowing 300 villages, 11 towns and 2 million people were declared missing with 1.3 million of them dead.
In addition, millions of survivors are also homeless, starving, and the range of deadly viruses. The difficulty of accessing further rescues caused survivors to fall one by one due to typhoid and dysentery.
7. Eruption of Mount Nevado del Ruiz – 1985 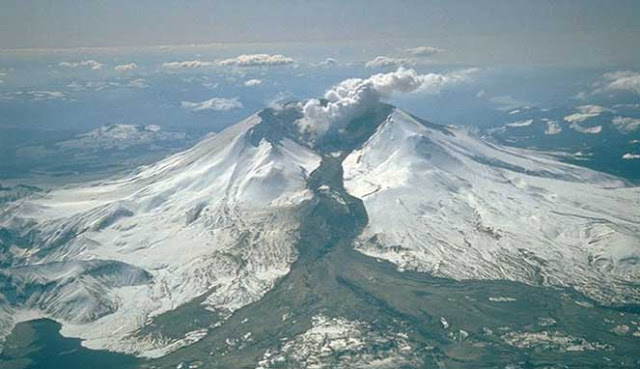 The eruption of Mount Nevado del Ruiz in 1985 was colombia’s worst natural disaster and the second deadliest volcanic disaster in the world in the 20th century. The highest active and active volcano in colombia’s Andes Mountains erupted by spewing a loud mixture of hot ash and lava into the sky and resulting in a 30-metre-high burst of hot mud sweeping through the countryside and several surrounding towns.
One of the worst affected cities was the town of Armero, where 70% of the population died. The overall mudslides from the Eruption of Mount Nevado del Ruiz killed more than 23,000 people and destroyed about 5,000 homes.
8. Tsunami Aceh – 2004 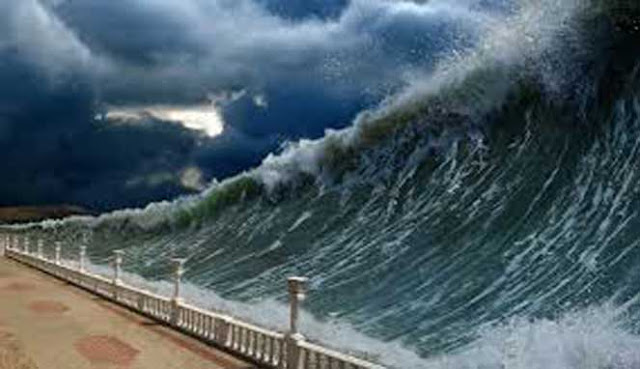 The next deadliest natural disaster in the world was the Aceh Tsunami or Indian Ocean Tsunami that occurred on December 26, 2004 off the west coast of Sumatra Island, Indonesia with a shock of 9.1 SR. The underwater Megathurst earthquake occurred when the Indian plate was propelled by the Burmese Plate by triggering a series of deadly Tsunamis along the mainland coast bordering the Indian Ocean.
The 30-meter-high tsunami that it caused killed an estimated 230,000 – 280,000 people in 14 countries. The Aceh Earthquake and Tsunami was one of the deadliest natural disasters in history.
9. Hurricane Katrina – 2005 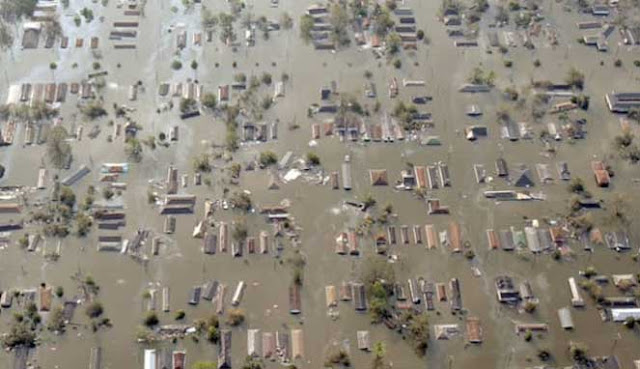 Hurricane Katrina was a major tropical cyclone that hit the southeastern United States on August 24 – 31, 2005 causing the most damage in American history. More than 200,000 Km2 of the southeastern U.S. region is affected by this very deadly storm.
In the aftermath of Hurricane Katrina, the US suffered losses of up to US$200 billion and caused power outages affecting about 1 million people in Loussiana, Mississipi and Alabama and major flooding hit the New Orleans area with at least 1,289 people dead.
In addition to Hurricane Katrina, U.S. crude production in the Gulf of Mexico stalled entirely, causing world oil prices to reach a record high of US$70.
10. Haiti earthquake – 2010 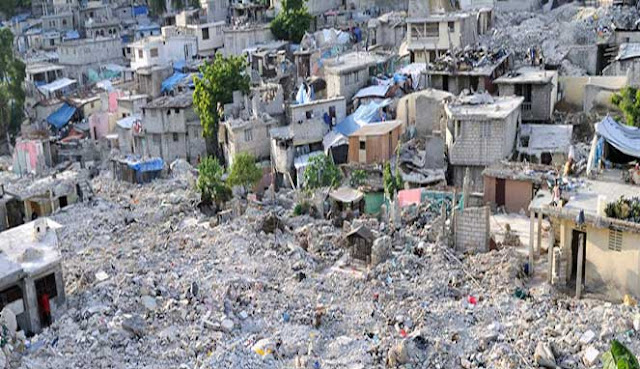 The last deadliest natural disaster in the world on our list was the 7-magnitude Haiti earthquake that occurred on January 12, 2010 with its center located 10 miles from Port-au- Prince, Haiti. In this earthquake 90% of buildings and buildings in Port-au-Prince of haiti’s capital suffered severe damage including haiti’s Presidential Palace, Haiti’s Parliament Building, Katredral Port-de-Prince and a hospital.
According to the UN Humanitarian Coordinator, Elizabeth Byrs, “This is a terrible disaster, Throughout the history of the United Nations, We have never found such a severe, Haitian earthquake like killing the town of Port-au-Prince,”.
Until now, humans have been considered powerless to deal with natural disasters. But to reduce the impact of natural disasters by detecting signs of natural disasters, facilitating the use of available natural resources, requesting disaster relief and readiness and strengthening disaster prone areas that have large populations.
0
Share